After we listened to this CBC radio documentary “Buried so Deep”, we had to visit the children at the Infant Memorial Garden at Mountain View Cemetery. So many of them, more than 11,000. Often buried without name or marker. Meant to be forgotten, but forgotten they never were. Their parents remembered them always, despite having not been able to cuddle, see or hold them or speak about them to anyone. But they remembered. And now we will remember them, too. How cruel it was to recommend to parents not to name the child, but instead to save their favorite name for the next child. A name is just a word and we have plenty of them, unlimited supply. It only gets meaning when we give it to someone. It is hard to read the markers that only say “baby boy” or “baby girl” because these children were denied their names. Among the ones marked are Maria, Eric, Jean, Elsie, Simone, Stephen, John, Michael, David…

Kerstin and I wondered at what age a deceased child would not have been buried in these mass graves any more. At first it looked like only stillborn babies or newborns who died up to 6 days after birth (neonatal death) were buried this way. But one of the stones had a date from April 8 – July 28, 1940, and another one said 4 months. 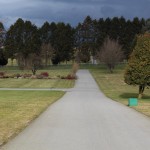 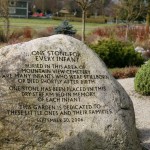 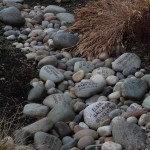 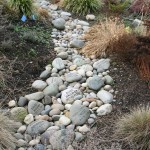 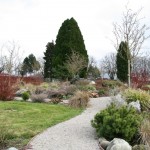 We are very grateful for the guidance we received from our friends at Canuck Place when these tragedies struck us. Neonatal death or stillbirth is something noone plans for and one is utterly ill prepared. Only with the help of others who can makes suggestions, recommend services or call the right people at the right time, more pain might be prevented. I cannot think of a situation without the important memories we had with our children. Holding them, seeing them, touching them, speaking to them. How hard it must have been to never even see your child and not knowing where he or she has been buried. At least we have pictures to acknowledge and honor them, their hand and foot prints, moulds, a lock of hair… These are such important parts of the grieving process.

When I spoke to my mom in Germany about the infant garden, she mentioned that there has been a similar practice in my home town in Germany. The children were not put in mass graves together, but instead they were buried in the same grave with another deceased adult. The cemetery did something similar to this garden and built a place for families to remember their children. It is a house with tiny windows made of metal plates. They look like real windows and are shiny, reflecting the sun. Families can get the names of their children engraved into a window. This house is specifically open to very early losses as well (before 20 weeks of gestation or 500gr weight) who previously might not have been buried. I am not sure what the practice in BC is. The inscription on the house reads something like “The lord’s house has room for everyone”. 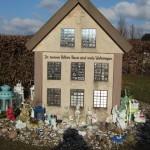 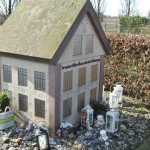 When we walked back to the car from the cemetery, we spotted a headstone that showed a familiar name: Marlon. It does not seem to be a very common name in Canada so we spent some time at the grave of this young man unknown to us. The engraving was beautiful. It read: “If heaven is not a place to go, but is a state of mind, I will hold you in my thoughts, forever through all time”.